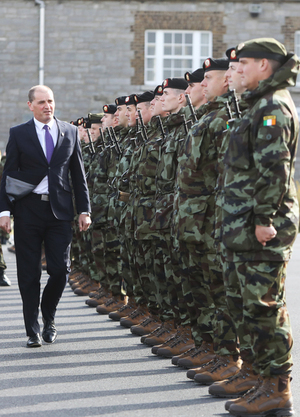 A motion on the participation of the Defence Forces in a German-led battle group next year passed in the Dáil.

Irish soldiers will be on stand-by ready to be dispatched to “emerging crises and conflicts around the world”.

[junior defence] Minister [Paul] Kehoe said: “Participation in the EU’s battle group represents another means for Ireland to express our commitment to the UN and its principles.”

Sinn Féin’s Aengus Ó’Snodaigh said that in his opinion sending a battle group into a conflict area to disarm one side is taking sides.

“We are a neutral country; that is not our role and should never be our role in the future,” he said.

Labour’s Brendan Ryan said Labour would be supporting the motion….

16 thoughts on “Neither King Nor Kaiser”