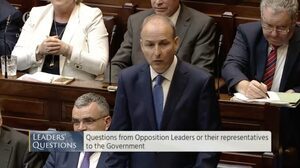 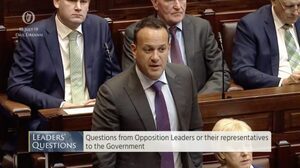 In the Dáil, during Leaders’ Questions…

It follows calls for Mr Kehoe to resign, following his comments at the weekend in which he said two Irish Naval Service vessels, LE Eithne and LE Orla, are in the dock for “planned maintenance” and not crew shortages.

This was despite the Navy’s most senior officer Cmdr Mick Malone saying they were tied up because of manpower issues.

Mr Varadkar told Mr Martin that Mr Kehoe had been briefed at the Irish Naval Service base in Haulbouline, Cork, last Friday and “the remarks he made to the media reflect the briefing he was given in Haulbouline with officials and senior Navy staff present”.

Previously: Which Is It?

In My Imagination There Is No Complication

10 thoughts on “‘I Have Absolute, Total And Full Confidence In Minister Kehoe’”