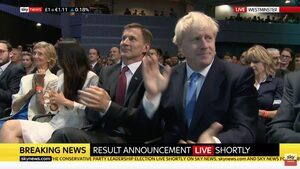 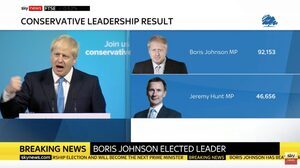 Boris Johnson has been elected as the new Conservative leader with 92,153 votes compared to Jeremy Hunt’s 46,656.

After he was announced as the winner of the leadership contest, Mr Johnson said:

“I say to all the doubters: Dude, we are going to energise the country, we’re going to get Brexit done on October 31. We’re going to take advantage of all the opportunities that it will bring in a new spirit of ‘can do’ and we’re, once again, going to believe in ourselves and what we can achieve.

“And like some slumbering giant, we’re going to rise and ping off the guy-ropes of self-doubt and negativity with better education, better infrastructure, more police, fantastic full-fibre broadband sprouting in every household. We are going to unite this amazing country and we’re going to take it forward. I thank you all very much for the incredible honour that you’ve just done me.

“I will work flat out from now on with my team that I will build, I hope, in the next few days…the campaign is over and the work begins.” 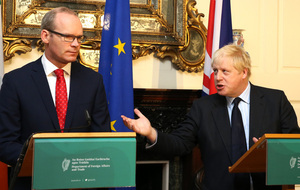 The outcome of the ballot of about 160,000 Tory members will be revealed at just before midday in London with the victor officially becoming prime minister on Wednesday.

Jeremy Hunt was in a positive mood when he arrived home from a run this morning despite Boris Johnson remaining the clear favourite to take over from Theresa May.

A Johnson win could spark more government resignations after Sir Alan Duncan quit as Foreign Office minister on Monday in protest at his expected victory, predicting a “crisis of government”.

Chancellor Philip Hammond and justice secretary David Gauke have given notice that they will resign rather than serve under Johnson.

Punctured Bicycle On A Hillside Desolate