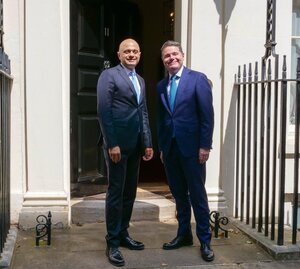 “If the United Kingdom became a third country, it would have a fundamental effect on the nature of the economic relationship between the United Kingdom and Ireland because obviously, they would be outside the single market, they would be outside the customs unions and they would be treated like other countries that are outside of the European Union from a trading point of view. Were that to happen – which it would in the event of a no-deal Brexit – it would fundamentally change the relationship that is there.”