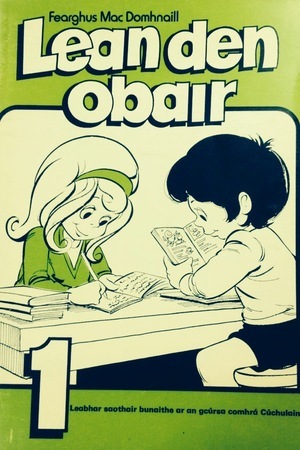 A new system for granting exemptions from the study of Irish announced this morning could have serious implications, says Irish-language activist group Conradh na Gaeilge.

Under the new system, psychological assessment will no longer be necessary to process an application and students in special schools will no longer have to apply for an exemption.

Conradh na Gaeilge ius calling on the Minister for Education and Skills Joe McHugh to “develop a policy for the teaching of Irish from pre-school to university which would deal with the question of exemptions”.

It is unfortunate, therefore, that the Minister did not propose to put in place a system that reduces the reasons why pupils seek exemption in the first place by significantly changing the system rather than implementing the proposed new system from the beginning of September.

For example, a pupil with learning difficulties, particularly with writing, could do Irish for the Leaving Certificate based on the oral exam which would ensure that the pupil is included in the Irish class, rather than being excluded. This would give the pupil the opportunity to study Irish based on their ability”.

“We are not surprised at the outcome of the consultation regarding the new system of granting exemptions. It was clear from the survey used by the Department in early January that the Department was not seeking new proposals to significantly reduce the need for exemptions, nor ensuring that as many pupils as possible are included in learning Irish, and not excluded.

Principals will be pressured to make decisions on exemptions from September and they will not have expert reports from psychologists to assist them in those decisions”.

You cannot make people do what they don’t want to do. Its unfair and self defeating. It is particularly unfair to do it with children, many of whom struggle with Irish in primary school. This is why it is good news that the government is to allow more exemptions for these cases But it is not enough and we should be looking at removing the compulsory aspect altogether.

Ireland is now a multi-cultural and diverse society, thankfully, and the days of a narrow definition of nationality are gone. It is about choice. And if the Irish language movement was confident of itself, and of what it represents, it would readily accept this

‘A Crisis In The Gaeltacht’

40 thoughts on “Out Of Your Scoil”