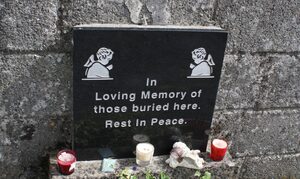 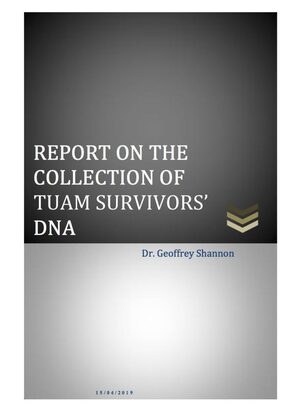 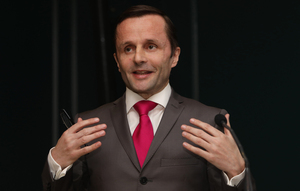 EXCLUSIVE: Professor Geoffrey Shannon’s report on DNA for Tuam families and Tuam babies is expected to conclude that it is possible to carry out DNA tests and DNA banks without complicated legislation. Report going to government this morning #TuamBabies #DNA

“There is no doubt that in the longer term, it is preferable that the process of collecting and matching DNA samples at the Tuam Mother and Baby Home should be underpinned by a robust statutory mechanism or framework.

“The question of whether the creation of an interim administrative scheme is legally possible is a question of constitutional law: does the executive branch enjoy the power to establish a scheme of this nature?

“The Constitution is silent as to the extent of the executive power. The Executive has been held to have certain inherent powers, some of which are possibly derived from royal prerogative powers.

“For present purposes, the most relevant example of inherent executive power is that the superior courts have recognised that the Executive enjoys an inherent power to establish ex-gratia non-statutory schemes to implement desired policy objectives.

“In the case of C.A. and T.A. (a minor) v. Minister for Justice and Equality, Minister for Social Protection, the Attorney General and Ireland, the High Court considered a claim that the system of ‘direct provision’ was unlawful in the absence of enabling legislation.

“In part, it was argued that the establishment of the scheme usurped the power of the Legislature. The State argued that the direct provision scheme was a lawful use of inherent executive power under the Constitution, and in the course of legal argument pointed to a variety of other administrative schemes that existed in diverse fields.

“In finding that the establishment of the direct provision scheme was a lawful exercise of executive power, Mac Eochaidh J. made the following helpful comments:

“He further commented that “The mere fact that ‘direct provision’ could have been placed on a legislative footing does not mean that this must happen.”

“Mac Eochaidh J. further observed that there were many executive schemes that operated with no statutory basis, and that the legitimacy of these had never been called into question.

“These included the system of primary school education, and the Criminal Injuries Compensation Tribunal. He also noted that the Irish Born Child Scheme had been approved by the Supreme Court in Bode v. Minister for Justice16 as a valid use of inherent executive power.

“The case-law on the executive power, scant though it is, strongly supports the existence of an inherent executive power to establish administrative schemes to achieve a policy end.

“Importantly, it should be noted that some emphasis has been laid on the fact that such schemes are usually ex gratia schemes which confer a benefit on given individuals, rather than make determinations as to the legal rights of individuals.

“In the relevant sense, this would appear to apply to the proposed administrative scheme in the Tuam context.

“This scheme would not make any determination as to the rights and duties of individuals. It would, in a sense confer on them a benefit, i.e. inclusion in the DNA matching scheme.

“Most crucially, the scheme would be entirely voluntary in nature, and also designed to exist only on a short-term or interim basis.

“It seems therefore that an administrative scheme of this nature would likely be constitutionally permissible.”

“We are particularly pleased to see that Dr. Shannon proposes the opportunity to take DNA samples in a timely fashion via a voluntary administrative scheme. Such biological samples from relatives would then be stored securely until legislation is in place. This is essentially what our members, namely Sana Tansey and Emer Quirke proposed and which Taoiseach Varadkar admitted was a reasonable request.

It is comforting to note that no DNA profiles can be constructed arising out of the samples until legislation is in place and we are assured it is possible to generate DNA from the remains of the lost children. The DNA is being collected for that sole purpose.

The safe storage of DNA is paramount and we are provided with an assurance it will not be available or used for any purpose other than matching. If the possibility is not there to match for any reason, then the DNA will be destroyed. It is valuable data and must be treated as such.

Advises we have received suggest the possibilities of advancing technologies providing new opportunities all the time; only a couple of months ago another victim of 9/11 was identified some eighteen years later.

DNA collection being voluntary, open to the individuals concerned who will provide informed consent. Ownership rights and compliance with GDPR legislation underpin the process – with ownership of their own DNA as recommended by Dr. Shannon remaining the property of the participant who has the authority to withdraw consent and therefore from the process at any stage.

The Minister on speaking to us yesterday mentioned that she would request her Department officials to put in place a voluntary administrative programme.

Our Alliance with two experts working in the field who initially proposed this model hope to contribute in an advisory capacity as we suggested this to the Minister. Also advised and welcome is the recommendation to communicate throughout the process with those most affected.

Finally, we are grateful to Dr. Shannon for this report, which looks favourably on our request to begin the process of banking DNA from concerned family members and survivors without the necessity of awaiting a lengthy legislation process and thank him for the person-centered approach he has undertaken, advocating for those who are the most vulnerable.”