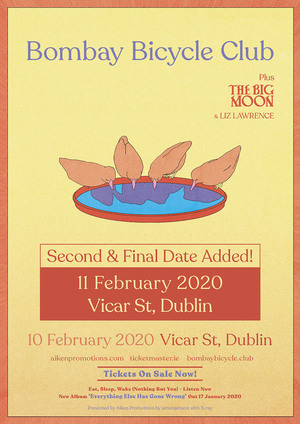 The London band have announced a second show in Vicar Street, Dublin, on February 11, 2020.

These gigs will follow on from the release of their new album Everything Else Has Gone Wrong in January. In the meantime the first single from the album just dropped last week and you can see the video for Eat, Sleep, Wake (Nothing But You) above.

To be in with a chance of winning TWO tickets to the second show in Vicar Street simply tell me below what is your favourite song by Bombay Bicycle Club and why.

The winner will be chosen by my pet possum.

Lines close at EXTENDED until 9.45pm.