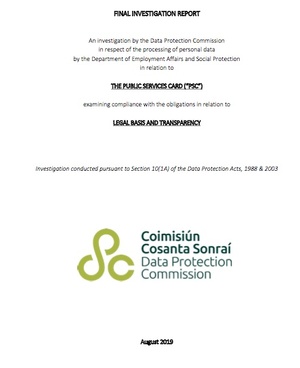 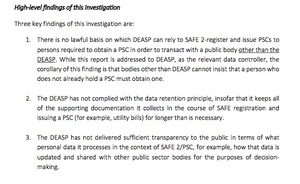 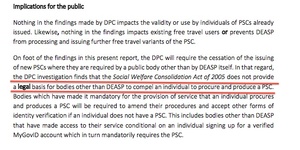 UPDATE: Welfare has removed the pdf from its website. We managed to save it here.

More as we read it.

Minister for Employment Affairs and Social Protection Regina Doherty has said her department will not comply with any of the directions from the Data Protection Commissioner
on its public services card projecthttps://t.co/HngNd0D79u

This is incredibly disingenuous of the Dept. Their ‘quick guide’ to Data Protection Commissioner report on illegal use of the public service card is anything but a ‘quick guide’. They should change terminology used immediately to call it what it is: https://t.co/NRfjGPmk3B

Your Card Has Been Declined

Put It On The Card

‘Not In The Public Interest’