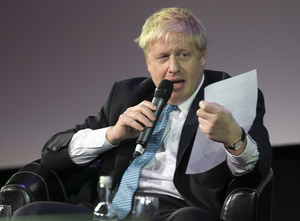 The Court of Appeal in Belfast rejected an appeal by a Northern Irish rights campaigner against British Prime Minister Boris Johnson’s Brexit strategy.

Lawyers for Raymond McCord had said that a no-deal Brexit on October 31 would breach the Good Friday peace agreement that ended three decades of violence on the island of Ireland.

However, Declan Morgan, chief justice of Northern Ireland, dismissed the case today, saying “it is not appropriate for this court to examine the possible outcome of the [Brexit] negotiation on the basis of political rhetoric.”