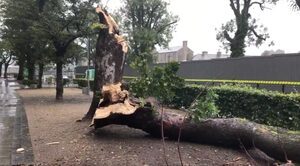 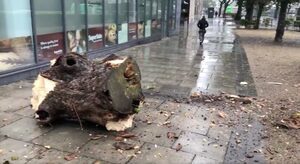 This just happened in Kilmainham. It’s like a bomb hit it. Heard the bang from a café round the corner. Lucky nobody was passing it at the time.

If A Tree Falls In The Forest…

20 thoughts on “Meanwhile, In Kilmainham”