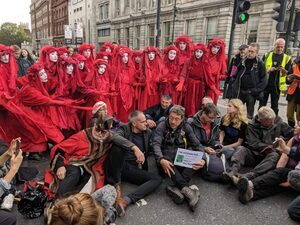 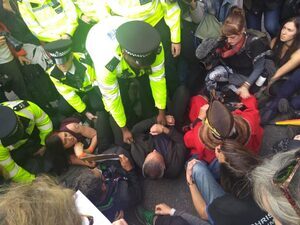 At Whitehall in London.

Related: Today, I aim to get arrested. It is the only real power climate protesters have (George Monibot, The Guardian)

5 thoughts on “Meanwhile, In London”