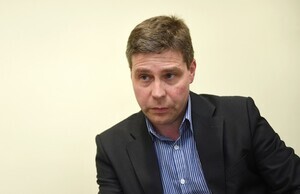 The CEO of Quinn Industrial Holdings has said the latest threats against its directors are “being taken very seriously at the highest level”.

Liam McCaffrey said the PSNI and gardaí are monitoring the homes and place of work of QIH’s directors.

The threat, delivered to the Irish News, was conveyed to Quinn directors by gardaí.

In the letter, which was typed and delivered to the Irish News on Monday, QIH directors were told that it was their final warning.