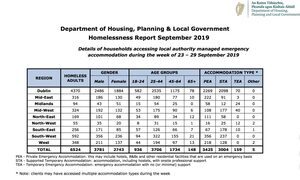 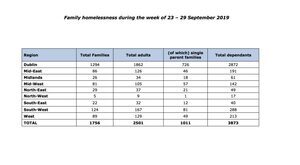 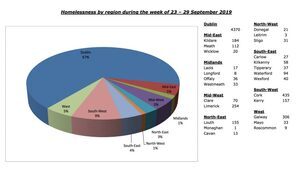 The Department of Housing released the latest homeless figures which show there were 10,397 people (6,524 adults and 3,873 children) living in emergency accommodation in the final week of September.