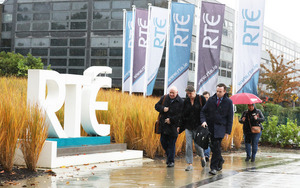 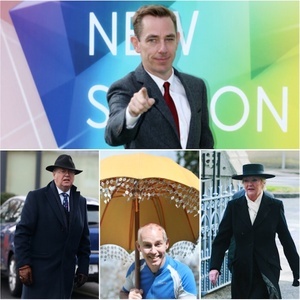 Journalists at RTÉ want salaries for top presenters and other senior figures at the broadcaster to be capped at the maximum level of €208,000 paid to the most senior civil servants in the country.

Journalists at the broadcaster said the proposal by management to cut the pay of top-level contract presenters by 15 per cent “does not go far enough”.

The RTÉ sub-branch of the overall Dublin broadcasting branch of the National Union of Journalists (NUJ) passed a motion at a meeting on Thursday calling on RTÉ management to move immediately to reduce payments to top presenters.

NUJ members working in RTÉ have called on the broadcaster to stop paying what we believe are “indefensible” high fees & salaries to a small few presenters & managers.

We note that the Dutch have pegged all top state & semi state salaries – including national broadcaster – to that of their Prime Minister’s €187,000. This was in response to public outcry at top salary levels. We approve!

Previously: It Was A Very Good Year

38 thoughts on “When The Party’s Over”