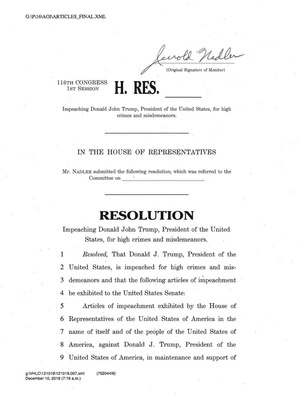 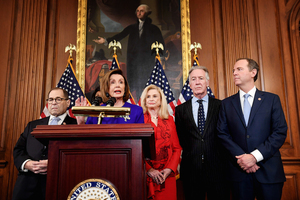 The House judiciary committee will vote on the articles, followed by the full House. As Democrats control the lower chamber, a trial in the Senate is likely to follow in January. Republicans are in control there, making Trump’s conviction and removal unlikely.

To introduce 2 articles of impeachment

Over 8 meaningless lines in a phone call

All to overturn the votes of 63 MILLION Americans in 2016

Just because they’re afraid they can’t win in 2020

This is a partisan sham

It’s time to fight back

21 thoughts on “Abuse Of Office”