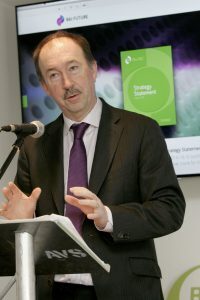 The Broadcasting Authority of Ireland (BAI) has spent almost €15,000 over nine years on negotiating a contract with its chief executive Michael O’Keeffe.

O’Keeffe, 61, finally signed a contract on February 13, nine years after approval for his appointment was granted.

The regulator’s 2018 report notes that legal fees of €1,474 were incurred in relation to the impasse that year

The reason why O’Keeffe had refused to sign is unknown. Neither he nor the BAI would comment.

Fixed It For You

6 thoughts on “Taking The Michael”