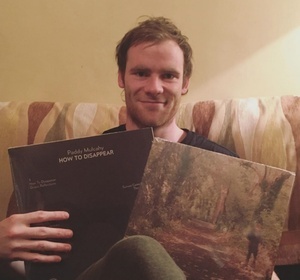 Limerick based producer and composer Paddy Mulcahy (top) has just released his sophomore LP How To Disappear via Phases Records.

In the first of three visual collaborations with Irish film makers who have chosen tracks off the LP to put their artistic spin on, David Fox directs the promo for the new single Sunset Connoisseur.

“The song instantly struck a nostalgic chord with me. There’s a texture within Paddy’s music that has grit and grain and I thought that shooting on film would be the perfect way to compliment that sound.

“I recently inherited a Super-8 camera that had shot a lot of films around Dublin in the ’80s so it felt right to re-shoot Dublin in its beautiful, brutal modern-day; focusing on a generation that is lost between progress and regression.”

Nick says:  I remember that Summer in Dublin.