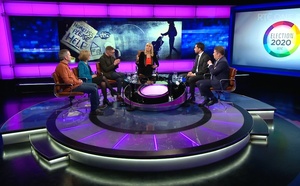 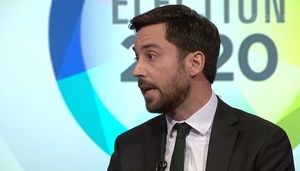 Eoghan Murphy: “We took over the housing brief in 2016 and we’ve doubled the number of homes built. Now that’s not enough but we’re going to double it again if we’re elected to Government.”

Miriam O’Callaghan: “Just to go back to that homeless man at the canal. I mean your leader’s instinct was first to look for a statement from a Fianna Fáil politician.”

Murphy: “Leo Varadkar’s first instinct was shock and anger and then he was upset about it. And I know this because I work with him. And he expressed sympathy when he was first asked about it. But the best way to help that individual, and other individuals, is actually not the route to emergency accommodation, it’s the route to a home.

“And that’s Housing First. People talk about how they’ve solved homelessness in Finland and some large cities. It’s that Housing First model.

“You build homes for single individuals, you take them from emergency, from the streets, into the home and you wrap the care and supports around them. And we’ve introduced that and we’ve helped more than 300 people…”

O’Callaghan: “But by any measure I suppose, in 2016, young people weren’t able to buy their own homes, rents were escalating, thousands were falling into homelessness. Four years on, that situation is exactly, more or less, the same.”

“By any measure you have failed.”

Murphy: “Well since that period, we’ve been able to help 11,000 people out of homelessness. It’s not enough but those people are in homes now because of the supports that we gave. And what we did start, when we took over the housing brief, was we did focus in, not just on building more private homes, but social homes as well. 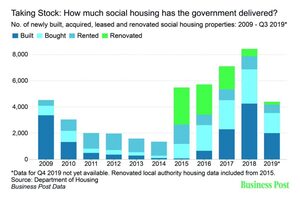 10 thoughts on ““By Any Measure You Have Failed””