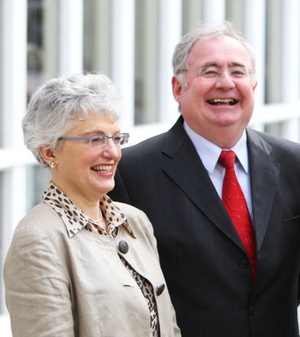 From top: Katherine Zappone, Minister for Children and Youth Affairs and Pat Rabbitte, chair of Tusla,  the child and family agency

People under investigation for child abuse, including sexual abuse, will be permitted to personally interview their alleged victims in certain circumstances under new Tusla investigatory procedures.

In some cases a suspect may be allowed to be in the room while questions are put by a social worker, the guidelines state. “Consider using a screen to separate the complainant or witness who is being questioned.”

Tusla staff are instructed that the identity of the alleged victim should be disclosed to the suspect at an early stage, even in cases where the “complainant is at serious risk from the [alleged abuser].”

Last October, Fianna Fáil TD Anne Rabbitte asked Minister for Children and Youth Affairs Katherine Zappone several questions about Tusla’s new Child Abuse Substantiation Procedures, including when they would be made public, how the procedures would work and how they would be managed by Tusla. Ms Zappone said she would ask Tusla to contact Ms Rabbitte directly.

61 thoughts on “A Final Betrayal”