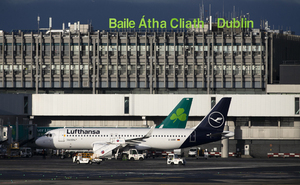 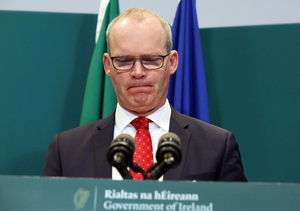 During the interview Mr Coveney warned people to “be careful with where you get your news from”.

Simon Coveney: “One of the challenges here for the public is, in some ways, there’s information overload. You know, if you look at yesterday evening alone, we had Regina Doherty outlining a refund scheme for employers effectively to try maintain consistency of income, as people move on to social welfare.

“We had me outlining, last night, how we’re going to get 20,000 people home from Spain who are on their holidays today before midnight on Thursday. We had Simon Harris outlining why, having spoken to vintners why we’re going to close 7,000 pubs from today with 50,000 people losing their jobs as a result of that, albeit hopefully on a temporary basis.

“So we are living through extraordinary times. And what I would say to people is: be careful with where you get your news from. Because unfortunately there are people spreading false rumours. The number of people who called me last night to ask whether the country was going to go into lockdown at 11am this morning because of rumours that were spread on social media deliberately, I might add, by people trying to cause panic.

“People need to think carefully about how and where they get information and advice in times like we are now living in.”

Audrey Carville: “Well, let’s inform them then, this morning. Because it is that uncertainty of what is to come which is so hard for many of us to deal with. What can you tell us this morning about any plans you have, at this point, to escalate restrictions?”

Coveney: “Well, what I’ll say is that, you know, we will issue a very clear statement after the Cabinet sub-committee meeting today. If there are further decisions, on top of the decisions that have happened over the weekend, we will announce those. And we’ll do it, as I say, on the back of the advice of the chief medical officer and his public health team which is what we’ve done at every step of the, every stage of this process so far.

“But I don’t think you’re going to see any dramatic new decisions being made today. I think you’ll see a refining of existing decisions, trying to reassure and inform people who may be losing their jobs today, employers who are asking to help us with that.

“Again, to try to ensure consistency of income with a refund scheme that can allow employers essentially to continue to pay employees, even if they’re not coming to work for a period that can ensure that those employees continue to maintain a relationship with their employer and also to maintain income and ensure that both banks and the Government will ensure that, through a refund scheme and through increased flexibility and overdraft facilities that those kind of practical arrangements can happen.

“On the travel side, many people will have family in Spain on the Canary Islands or mainland Spain at the moment. We have an agreement with the Spanish government and with Aer Lingus and Ryanair, who have been fantastic over the last 24 hours, to continue a schedule of flights to get everybody who wants to come home home before late Thursday evening and I would encourage people to do that because the reality of what we’re seeing at the moment, in terms of aviation across the European Union, I don’t think there is any certainty beyond Thursday or Friday of this week, in terms of where planes will and won’t be flying, given the responses of individual countries right now.

Carville: “And those people who you will attempt to bring home, hopefully everyone who wants to come home will get home before this Thursday night, what do they do when they get home? Do they have to self-isolate for 14 days?”

Coveney: “Yes, so when they come home to the airport, they will be met by health officials that will give them advice and what we’ve been saying is that for people coming from Italy or from Spain, where we have clear travel advice, in terms of saying non-essential travel, because of the pace of the spread of the virus in both of those countries, when people come home from those countries, they will be advised to restrict their movements and they’ll get very clear advice when they land in the airport.”

Carville: “Is it still safe to travel to the UK?”

Coveney: “Yes, I think it is but I think people should be cautious about travelling at all, right now. But there’s no reason to believe that the risk of contracting the virus is any higher in the UK than it is in Ireland. That’s the public advice that we have and I do want to say that we are not planning to close our airports, we are not planning to shut down flights between Ireland and the UK. That is not in the plan, despite what some people may have read on social media, on the back of false rumours.”

Coveney: “Ok, very good to talk to you…”

‘Not Based On Politics’

7 thoughts on ““We Are Not Planning To Close Our Airports””