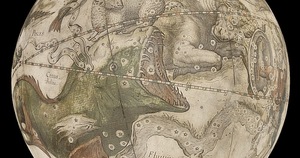 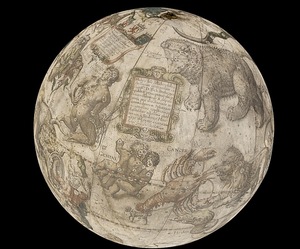 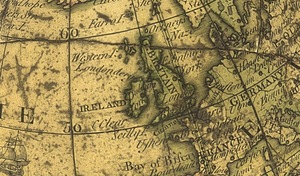 The British Museum has digitised many of its 17th and 18th century globes into spinnable zoomable 3D models for your perusal. To wit:

During the so-called ‘Age of Exploration’, expanding European geographical and astronomical knowledge fuelled the demand for maps and sea charts. It also inspired experimentation in the art of globe-making, and the first half of the 16th century saw the production of several models, both hand-painted and printed. Printing made it possible to produce globes in greater numbers at lower cost so they could be more widely distributed. The printed globe, terrestrial and celestial, soon became established as the standard type of globe, sometimes called the ‘common’ globe, and the methods of manufacture changed surprisingly little from the mid-16th century until the 20th century.

The Spirit Of Dark And Lonely Water