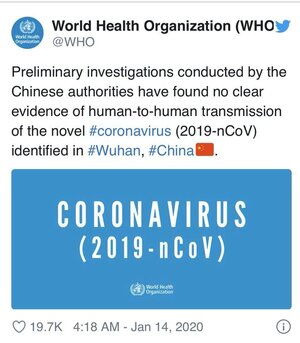 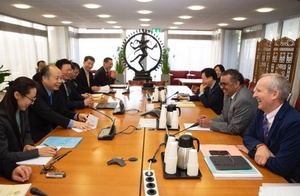 WHO & #China have enjoyed a long & productive partnership. WHO is proud to have supported the overseas training of more than 2000 Chinese #HealthWorkers. Grateful for China’s commitment to strengthening health systems in other countries through its Belt and Road Initiative. pic.twitter.com/IigqsDsEOI 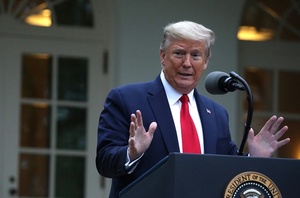 According to Mr Trump, WHO prevented transparency over the outbreak and the United States – the UN body’s biggest funder which provided $400 million last year – will now “discuss what to do with all that money that goes to the WHO.”

He said that the WHO had not sent experts into China quickly enough when the outbreak first emerged and took the assurances from that country’s leaders “at face value”.

Mr Trump said had the WHO “done its job” by getting experts into China swiftly then “the outbreak could have been contained at its sources with very little death”. The US president suggested thousands of lives could have been saved by such action.

Bill Gates says Donald Trump’s decision to stop US funding of the World Health Organisation during the #COVID19 pandemic is as “dangerous as it sounds” https://t.co/eQESk5dUQe

Thank you to all of the health care workers who are making heroic efforts to test and treat patients across the United States and the world.

Come for the cuddly sweater, stay for the blistering comments.