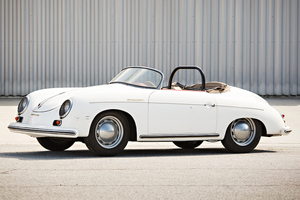 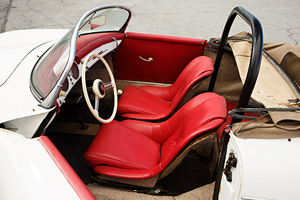 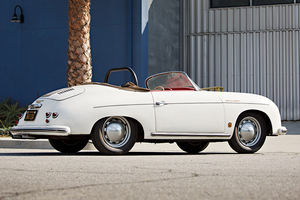 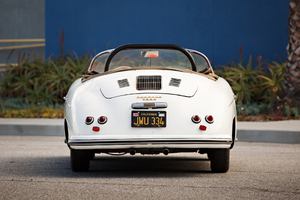 The original powertrain has been replaced with the more powerful air-cooled, 1,582cc, overhead-valve, flat-four from the later 356SC but otherwise, the feisty little jellymould – which spent most of its life in Southern California and still wears the state’s vintage black and yellow plates – is presented in ‘as found’ condition.