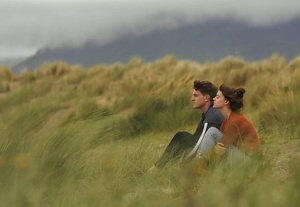 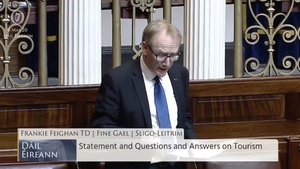 Yesterday in the Dail.

The following Fine Gael TDs had this exchange:

Brendan Griffin: “Tourism Ireland has been very active online in promoting Ireland and imagery from Ireland. Very recently, that imagery included Sligo and some of the cinematography in “Normal People”, which was partly filmed there. They had to be selective with the cinematography as not everything is suitable for worldwide distribution from a tourism perspective. Sligo always looks fantastic on screen and Tourism Ireland has been working on that front so that when things start happening again, it will be able to get going as quickly as possible.”

Frankie Feighan: “With regard to “Normal People”, my father comes from Tubbercurry where much of it was filmed, and I like to think we are all normal people down there.”

The Sky Over Strandhill, Sligo, 7pm

8 thoughts on “Acting Normal In Tubbercurry”