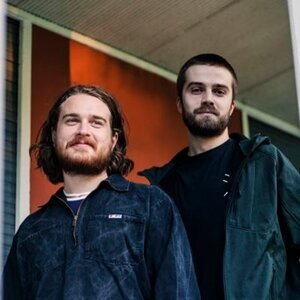 Afterwards, they were approached by a man from Bordeaux…

He came up to us and said “Amazing set guys, where are you from?” and I told him we were from Ireland. And he responded “I know your from Ireland, but where exactly?”

I said, you probably haven’t heard of it. Its a tiny place called Sligo. He was like “Nope, I’ve been to Sligo” and I was like – ‘Really? Are you sure?’

He then told me he had been in Belfast playing rugby and him and a few of his mates took a trip down to Sligo for a night out.

He eventually ended up in a nightclub called Velvet – at a techno gig, which we figured out that I was actually organising.

The young man told me it was a special night because he took his very first and what ended up being his last pill. Said he had the time of his life in the nightclub but it didn’t end there. His pals had texted him informing him of a house party in the student village.

He finished his drinks and with all the energy he had from the ecstasy he actually ran to the house party on his own. The student village is about 20 minutes walk from the club. On the way while running back he came across a horse beside the road. What happened next you won’t believe

HE FUCKING MOUNTED THE HORSE AND RODE IT TO THE HOUSE PARTY.

At this point I was like ‘You are on the absolute wind up, I don’t know how you know all this but you definitely haven’t been to Sligo.’

He said he was serious and he got to the house where the party was. Pulled up to the door on a horse and his mates let him in.  He then managed to get a quick picture with the horse before passing out on the couch.

He was like – Hold on, ill get the photo. I was absolutely trembling. There’s no way I was standing outside a nightclub in France and this young fella was about to show me a photo of him on a horse at a house party in Sligo after taking his first/last eccie.

He took out his phone and went into the shared media with his pal that he was at the house party with…. 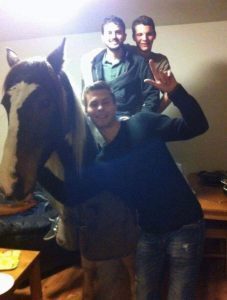 …and There it is folks (above) – Three French lads and a horse in an apartment 5 minutes walk from my home house. Beautiful stuff. 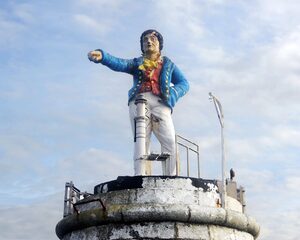 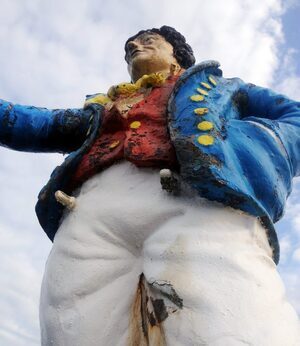 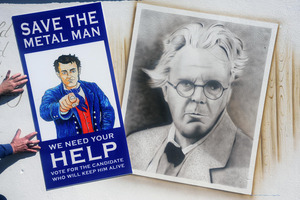 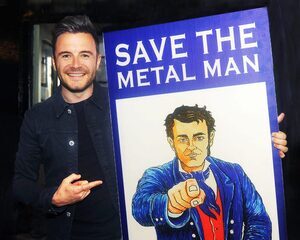 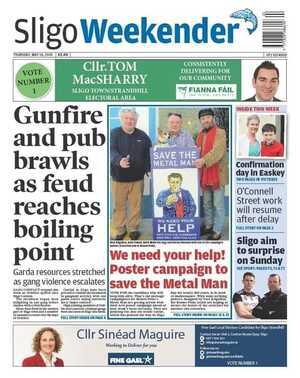 Save The Metal Man campaign group has launched its campaign to save the Metal Man in Rosses Point, Co Sligo, with the help of Westlife’s Shane Filan (pic five).

In any other county he would be a national monument but Rosses Point’s historic Metal Man is rusting away apparently unwanted, unpainted and certainly neglected by Sligo County Council. 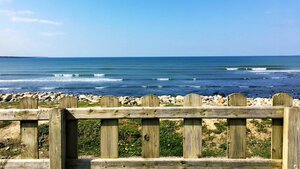 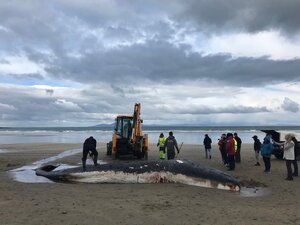 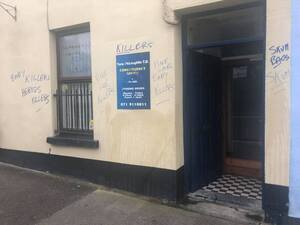 Following the passing of abortion legislation in the Seanad last night…

So disappointed to see this morning that my busy constituency office in Sligo has been vandalised and defaced overnight. We live in a proud democracy and despite one’s opinion on any referendum, this behaviour can never condoned. Gardai on site investigating criminal damage.

Last night: End Of An Era

Earlier: Have We Lost The True Meaning Of Black Friday? 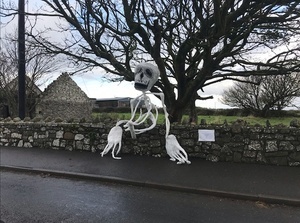 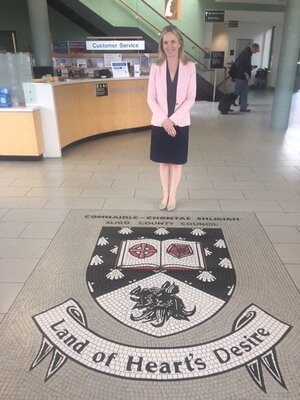 Where the council heard from several presidential hopefuls seeking a nomination…

Ms [Gemma] O’Doherty clashed with the Cathaoirleach, Fianna Fáil councillor Martin Baker and officials who had asked an unidentified person filming in the public gallery to stop or to leave the chamber after strong objections from Fine Gael councillor Hubert Keaney.

She said the public was entitled to see what is happening “in our chamber” . “What are you afraid of?” she asked.

After the would-be candidates finished their contributions and withdrew from the chamber, Councillor Keaney said he had asked that the rules be observed and he did not want the impression to go out that the council was against free speech.

Fianna Fail #Aras18 candidate @seangallagher1 now has five endorsements. He only needs four yet he continues to give presentations at local authorities. This is a waste of public money and councillors’ time which could be spent more effectively on the housing and hospital crisis

1/2 It is the Constitutional prerogative of each local authority to nominate whatever candidate it wishes through majority vote once that candidate satisfies a small number of preconditions around age & nationality. It really is that simple.

2/2 The only person that wasted my time in Kilkenny was you as you were an hour late.

Speak to your colleagues in Monaghan about that. I drove directly down from that meeting. Why did you hold your meeting on the same day as five other councils? Also you have a democratic duty to give the people a choice

Because we already had a meeting on the 3rd Sep for perspective candidates which you didn’t attend. And we had statutory business to deal with last Monday (10th) so we included anor opp for you to attend at that. The people will have a choice. It just won’t include you #Aras18

As you well know, Kerry and Cork City Council were also held on Sept 3rd. You had seven years to prepare for #Aras2018 and not hold meetings on the same day #EndCorruptionNow

Thats why we had anor meeting on 10th which u were an hour late for. Othr candidates havent complained. They prepared, had teams in place & indeed had courtesy to call each Cllr for an in-depth chat on their priorities etc U did none of this. It isn’t us Gemma, its u I’m afraid. 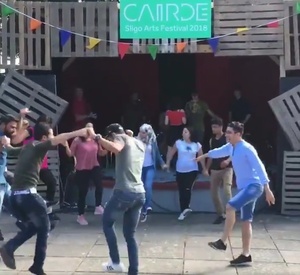 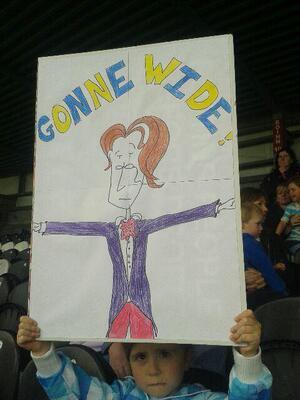 #PoetryDayIRL Proudest day of my life. Anyone know who made this sign at #Sligo footy match a while ago…