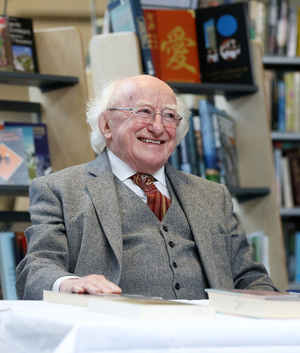 Ryan will catch up with some key workers from frontline services including nurses, doctors, nursing home staff, and paramedics who have played a vital role in the battle against Covid-19.

Among those lining up to voice the nation’s thanks to Ireland’s frontline workers will be Uachtarán na hÉireann, Michael D. Higgins, in an interview which will be pre-recorded at the gardens at Áras an Uachtaráin.

The inimitable Sinéad O’Connor will be back in studio for another performance.

There will be a strong touch of Hollywood on the show, with Saoirse Ronan chatting to Ryan. Colin Farrell will also be joining the show from LA.

Ireland’s record goalscorer Robbie Keane will discuss how his experience of the pandemic inspired him to fundraise for those working in hospitals around Ireland,

And Sibéal Ní Chasaide will be in studio with a special performance dedicated to all those who have lost their lives during the crisis.