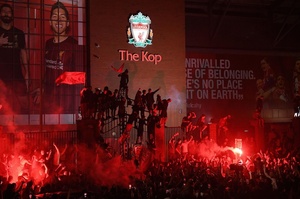 It’s taken three long decades for Liverpool FC to climb back onto their perch as champions of England.

So naturally, as a lifelong fan, there could only be one theme for this week’s competition: What’s your favourite song by a band or singer from Liverpool?

In tribute to Herr Klopp and the Liverpool/German connection, here‘s my choice.

The best answer wins a delightful €25 Golden Discs voucher, to be chosen by my imaginary club mascot.

Lines MUST close at 6am.

Your Kind Of Town