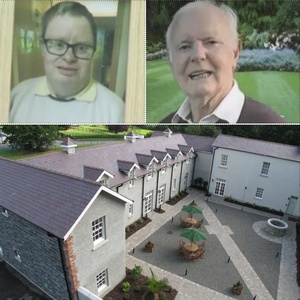 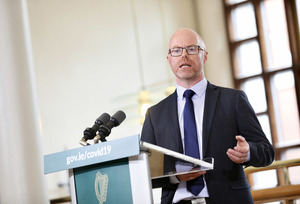 On RTÉ’s Morning Ireland, Audrey Carville asked the Minister for Health Stephen Donnelly about the death of Ultan Meehan who died, aged 79, in hospital just over two weeks after being admitted from the Kilbrew Nursing Home in Ashbourne, County Meath.

Mr Meehan had contracted Covid-19 before he died in June. He also had cancer and dementia.

Ultan’s son Adrian Bartley, who was a resident of the same nursing home and who had Down syndrome and dementia, died ten weeks earlier in April. He had also contracted Covid-19.

Yesterday, Simon Carswell, in The Irish Times, wrote about Mr Meehan and Mr Bartley following an interview with Mary Bartley Meehan amid calls for an inquiry into her husband and son’s deaths.

During his Morning Ireland interview earlier, Mr Donnelly was asked about the case of the two men.

Audrey Carville: “His wife and her advocate describe the horrific and distressing condition that she found her husband in when she went to visit him. It was brought to your department’s attention when Simon Harris was in the ministerial position. The department passed it to the HSE who passed it to HIQA. Will Mary Bartley Meehan be told why this happened to her husband?”

Carville: “But will she get answers, I suppose, ultimately, is that broader question. Will she be told the answers?”

Donnelly: “Well, it will be looked at. Absolutely. Of course it will. And, as you said, the previous minister has already looked into it and I will be on it as well. But, other than that, because it is an individual case, I would prefer to…I just don’t think it’s appropriate…”

Carville: “I understand…but the bigger question then that needs to be answered is who has responsibility for clinical governance in private nursing homes?”

Carville: “Thank you very much indeed….”

What Happened In The Homes?

25 thoughts on ““Will She Be Told Why This Happened?””