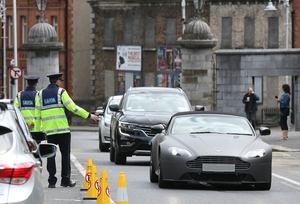 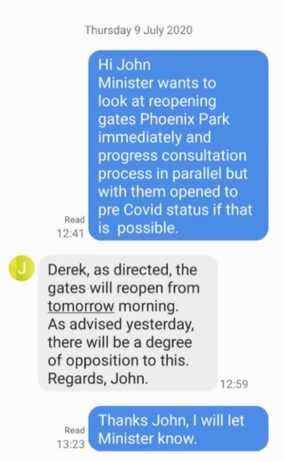 How the Phoenix Park gates were re-opened to traffic

Closed for the rona.

OPW warns: “As directed, the gates will reopen from tomorrow morning. As advised … there will be a degree of opposition to this.”

The gates re-opened the next morning.

An email from OPW Chairman Maurice Buckley also shows Minister O’Donovan had asked at a meeting about whether it was realistic to keep gates closed when there was “no alternative for traffic” in the surrounding areas.

Fianna Fáil Minister and TD Jack Chambers had forwarded on six representations received from constituents who had complaints about the closure of the Phoenix Park gates. He looked for a response from the OPW…

Name that jammer (top), anyone? 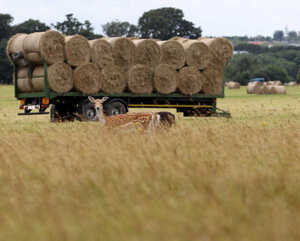 14 thoughts on “‘Consultation In Parallel’”