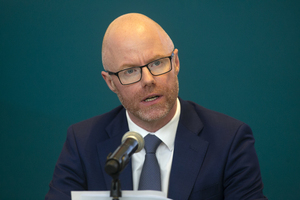 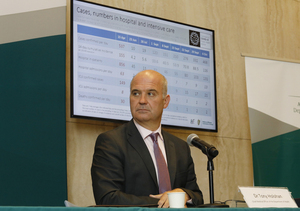 Claims that Dr Tony Holohan, the Chief Medical Officer said he spoke to Minister for Health Stephen Donnelly both before and after NPHET met on Sunday, need to be addressed, say opposition TDs.

Dr Holohan said Minister Donnelly had been “clear about the level of concern that I would have, and had”.

Tanaiste leo Varadkar among others expressed surprise when NPHET’s Level 5 recommendation was leaked.

Sinn Féin’s health spokesperson claimed that the Health Minister “allowed the impression to be formed that NPHET went on a solo run”.

Social Democrats co-leader Róisín Shortall said: “I am calling on the Minister for Health, Stephen Donnelly TD, to make a full statement of what he was told on Sunday morning and evening and what he did with that information.

“The country was distracted by an unseemly row between the Government and NPHET at precisely the moment when all attention should.”

Labour leader Alan Kelly (above) reiterated the calls for a Dáil statement from the minister, saying Minister Donnelly “must clear up this latest controversy”.

Bouncing Back To You

These People Are Six