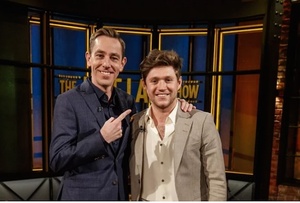 In October, Ryan Tubridy issued an impassioned call-out for local small-to-medium sized Irish businesses to get in touch

Tomorrow, The Late Late Show will be dedicated to promoting Irish businesses across various sectors who have had to close their doors and adapt accordingly to survive.

Deirdre O’Kane, will discuss changes in the comedy scene…

And experts including Diarmuid Gavin, Anna Geary, Kevin Dundon, and Roisin Murphy will showcase some of their favourite businesses…

The Late Late Show, tomorrow at 9.35pm on RTÉ One.

16 thoughts on “Staying In Tomorrow?”