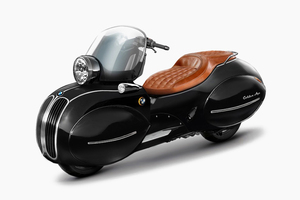 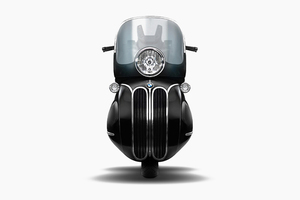 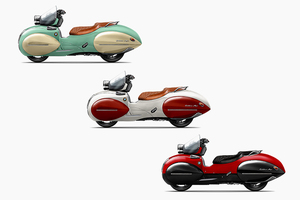 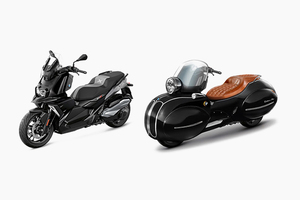 Behold: the BMW C400X ‘Golden Age’ – a transformative art deco version of the C400X scooter made possible by a bolt-on nostalgia kit from NMoto (you’ll recall their version of the BMW R nineT).

A complete revamp – leaving all the underlying modern tech and performance intact, inspired by a 1936 J.K. Henderson prototype from O. Ray Courtney, the shells will be released next year.