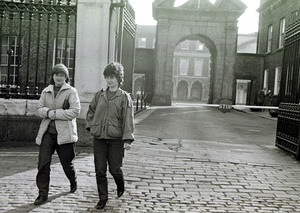 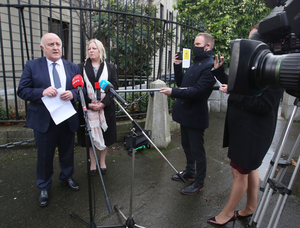 Solicitors for Joanne Hayes – Patrick Mann and Bernadette Cronin- make a statement following the issue of an apology and compensation from the State to Ms Hayes for her treatment during the Kerry Babies case.

It was part of a case brought by Ms Hayes, her sister Kathleen and brothers Michael and Edmund following their arrest by the Gardai in May 1984.

…As part of the settlement the family also secured declarations from the court that all findings or wrongdoing made against them by the Tribunal into the case were, that took place in late 1984- early 1985 were unfounded and incorrect.

The court also made a declaration that their questioning, arrest, charge and prosecution on dates between April and October 1984 were unfounded and in breach of their constitutional rights.

36 thoughts on “‘Unfounded And Incorrect’”