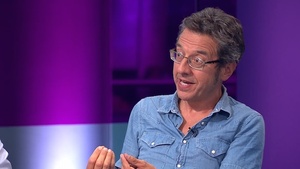 Anything good in the liberal press?

Via George Monbiot in The Guardian:

Why do we value lies more than lives? We know that certain falsehoods kill people. Some of those who believe such claims as “coronavirus doesn’t exist”, “it’s not the virus that makes people ill but 5G”, or “vaccines are used to inject us with microchips” fail to take precautions or refuse to be vaccinated, then contract and spread the virus. Yet we allow these lies to proliferate.

We have a right to speak freely. We also have a right to life. When malicious disinformation – claims that are known to be both false and dangerous – can spread without restraint, these two values collide head-on. One of them must give way, and the one we have chosen to sacrifice is human life. We treat free speech as sacred, but life as negotiable. When governments fail to ban outright lies that endanger people’s lives, I believe they make the wrong choice….

…I believe that spreading only the most dangerous falsehoods, like those mentioned in the first paragraph, should be prohibited. A possible template is the Cancer Act, which bans people from advertising cures or treatments for cancer. A ban on the worst Covid lies should be time-limited, running for perhaps six months. I would like to see an expert committee, similar to the Scientific Advisory Group for Emergencies (Sage), identifying claims that present a genuine danger to life and proposing their temporary prohibition to parliament.

Covid lies cost lives – we have a duty to clamp down on them (George Monbiot, The Guardian)

Shocked and disappointed indeed to see ⁦@GeorgeMonbiot⁩, whom I’ve always so respected, call for cracking down on freedoms of speech in poor tormented increasingly authoritarian Britain now. Has @guardian even addressed PCR test scandal?Bigger issue. https://t.co/B9fCMiXJVy

65 thoughts on “The Lies Of Others”