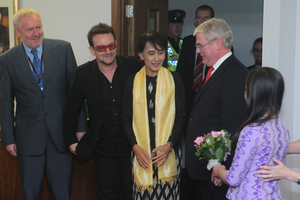 Aung San Suu Kyi (second right)  is greeted at Dublin Airport in 2010 after her release from house arrest in Myanmar with then Tanaiste and Minister for Foreign Affairs Eamon Gilmore (right), and from left: Bill Shipley, of Amnesty Internatonal, and U2’s Bono

In 2017, critics called for her Ms Suu Kyi’s Nobel prize to be revoked, citing her silence over the persecution of Rohingya people.

All authority has been given to the top army commander and a one-year state of emergency has been declared, a statement on military TV said.

She urged her supporters “not to accept this” and “protest against the coup”.

In a letter written in preparation for her impending detention, she said the military’s actions put the country back under dictatorship.

How Happy Are They In Burma? 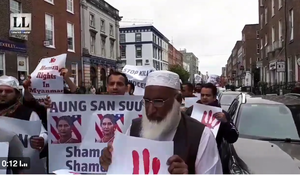 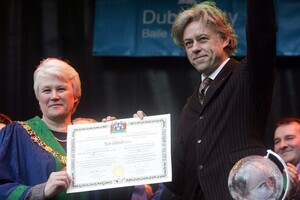