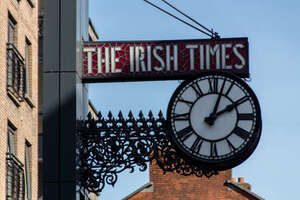 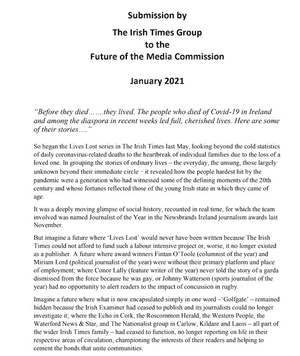 The Irish Times Group has called for the introduction of State financial supports for journalism, news publishers’ technology investments and the home delivery of newspapers.

In its submission to the Future of Media Commission, the company said public funding should be available for specific public service roles, such as court reporters, as well as training schemes and internships for early-career journalists. It cited the Child Care Law Reporting Project, which is funded by the Department of Justice, as an example “worthy of exploration”.

The State can help Irish news media survive the existential threats facing the sector in a manner that protects editorial autonomy and does not trespass on the independence of a free press, it suggested.

…Despite progress across news titles on digital subscription revenues and voluntary donation models, there is “no escaping the reality” of the impact of the shift to digital on news publishing, it added. 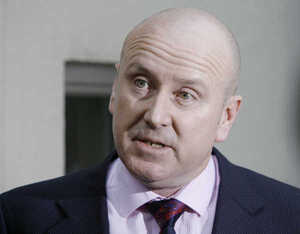 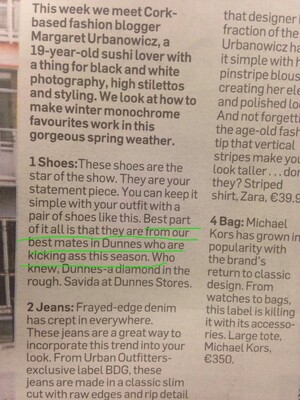