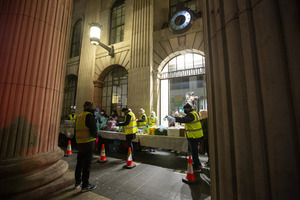 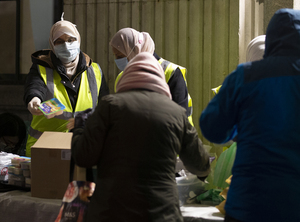 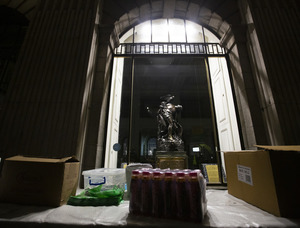 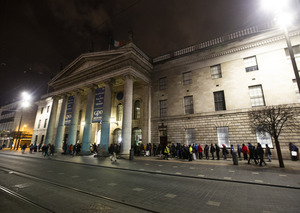 The Muslim Sisters of Éire handing out food last night under the pillars of the GPO.