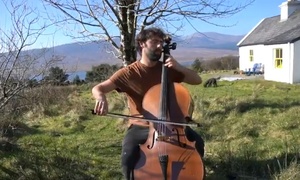 With or Without You by U2 from my cottage in the West of Ireland on the anniversary of its first release on the 1987 album The Joshua Tree pic.twitter.com/y9Cuz5qLur

On this day in 1987, #U2 released their fifth studio album “The Joshua Tree” featuring singles "With or Without You" "I Still Haven't Found What I'm Looking For" "Where the Streets Have No Name" and "In God's Country" pic.twitter.com/RT0h0qilED

Well You Can Do Anything But

John McKenna: He Saw The Future

All That We Can’t Leave Behind

5 thoughts on “One Tree Hill”