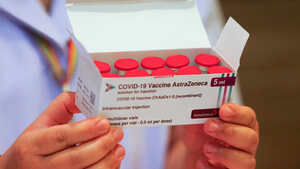 A World Health Organization expert advisory committee is currently looking at AstraZeneca’s COVID-19 vaccine after some countries paused distribution of it, but there is no reason not to use it, a spokeswoman said on Friday.​ https://t.co/C7XQ2ZfDHZ

Ireland will not be suspending use of the AstraZeneca vaccine, amid safety concerns raised in other countries. https://t.co/4kEsYR2mE8

Thailand has  became the first Asian country to halt the use of the jab over safety concerns, shortly after Denmark announced a two-week pause to its nationwide rollout after reports of blood clots and one death.

In a setback to Europe’s ailing vaccination campaign, seven other countries have also suspended the use of the Oxford-AstraZeneca shot: Norway, Iceland, Bulgaria, Luxembourg, Estonia, Lithuania, and Latvia.

Austria and Italy, meanwhile, have said that they will stop using certain batches of the vaccine as a precautionary measure.

Many other nations, however, have defended their use of the shot and said they will continue their respective inoculation campaigns…

17 thoughts on “The Clot Thickens”