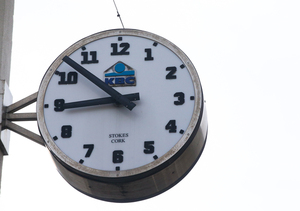 KBC announcement this morning is “particularly difficult” for staff to hear about, said Minister for Finance Paschal Donohoe.
He also said the rights of existing customers are “fully protected in any scenario” | Read more: https://t.co/slTeo7JiWQ pic.twitter.com/71VhLlvI5d

KBC has confirmed its intention to quit the Irish market.

“Finance Minister Pascal Donohoe said he found out about KBC’s proposed exit when he received a call from the CEOs of KBC and Bank of Ireland at 9pm last night to advise him the banks had entered into a Memorandum of Understanding to sell KBC’s performing loans to AIB.

“It is concerning that the Minister was apparently among the last to know of the banks’ plans, given their serious implications for both staff and consumers.”