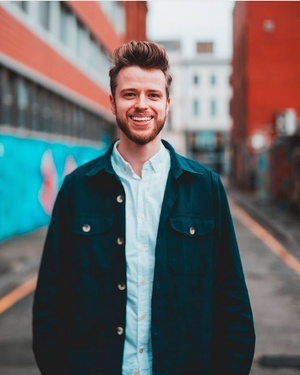 Breaking up is hard to do.

Belfast-born crooner Owen Denvir (top) delivers a stoic and deeply soulful meditation on love, life and loss on his new single, lifted from his forthcoming EP Bones, due next month.

The EP is the third in a trilogy which will then make up an album.

“The album and EP trilogy idea is based on Sigmund Freud’s theory that personality is a sum of 3 parts: the Id (acting on raw impulse), the Ego (being terrified of consequences) and the Superego (the balance between the two). The first EP (“Sticks”) deals with loss and delusion and the impulsive decisions we make while in the spell of ‘love’. The second (“Stones”) being a more confident but brash take on love, and finally the last EP (“Bones”) is when you have the balance between the two, which mostly leads to more healthy relationships.”

Owen has also created a “web app as a visual listening platform” for fans to gain a deeper insight into the creative process behind the EP.