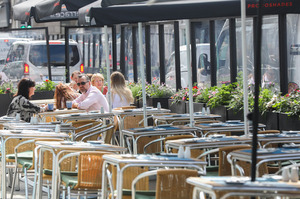 Restaurateurs have called on the Government to bring forward the phasing-out of pandemic unemployment payments as they struggle to fill “thousands” of vacancies.

The PUP scheme is to be wound down from September but Adrian Cummins, chief of the Restaurants Association of Ireland, said “the Government should bring that forward” in sectors that have fully reopened.

People in two large restaurant groups who spoke on condition of anonymity said there was an acute labour shortage.

“If you want a job in Ireland, it’s there for you. That’s across all levels: management, customer service staff, what have you. It’s very difficult. We just can’t get people to work for us,” said a senior figure in one group who cited PUP as a big problem for the sector. 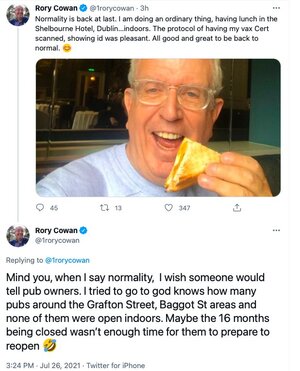 Meanwhile, In The Bagel Of Squee

More Powerscourt To Your Elbow