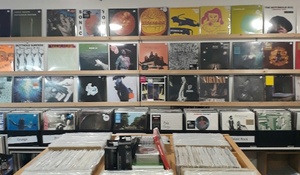 What better way to bask in this glorious Indian Summer than to kick around this week’s voucher-less music question.

The theme this time is your favourite song whose title or lyrics refer to royalty/monarchy (as in kings, queens, princes etc).

Reply below for the craic.

Lines close on Saturday at Midday.

Last week’s esteem was won by The Ferg, who chose The Bear by My Morning Jacket as the most underrated song of the 1990s.

“Sneaking in to the ’90s in June of ‘99 is the hauntingly wonderful ‘The Bear’ from My Morning Jacket. It’s about stepping back from the edge, “There’s still time..” I saw them live in Queens [New York] just before de ‘rona and the epic voice of Jim James is just as incredible in person.”

Nick says: Well done, The Ferg, and thanks all.