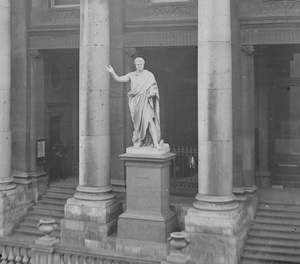 John Hogan’s statue of Daniel O’Connell outside City Hall, Dublin in 1868. It is now housed in the building’s rotunda 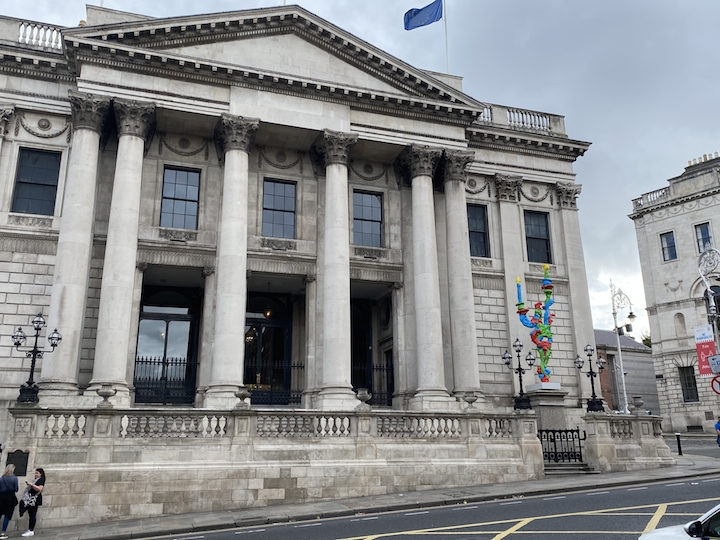 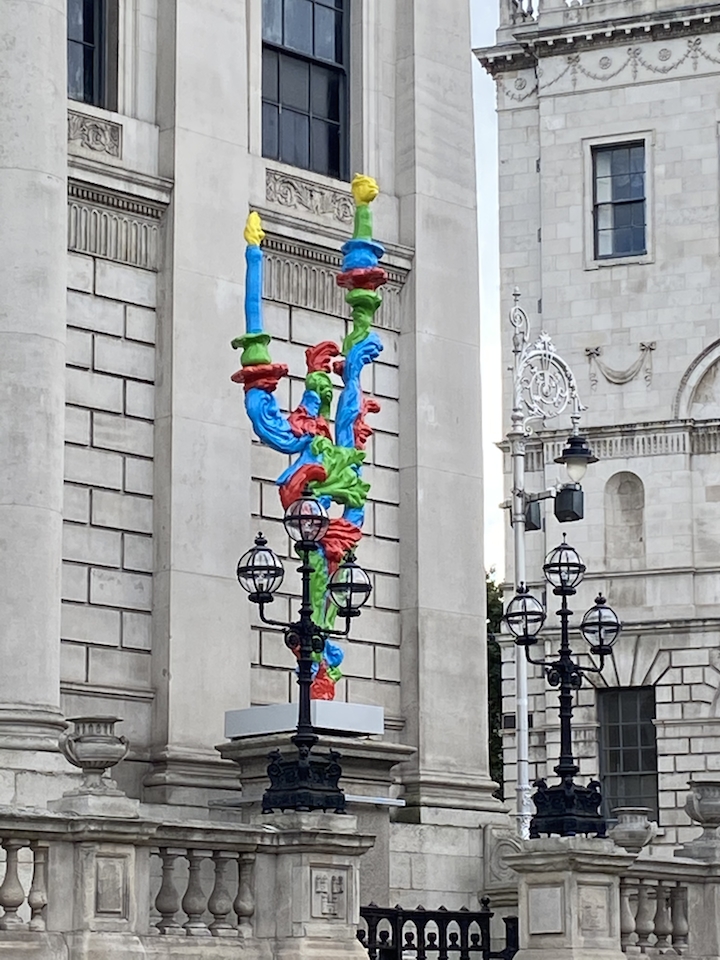 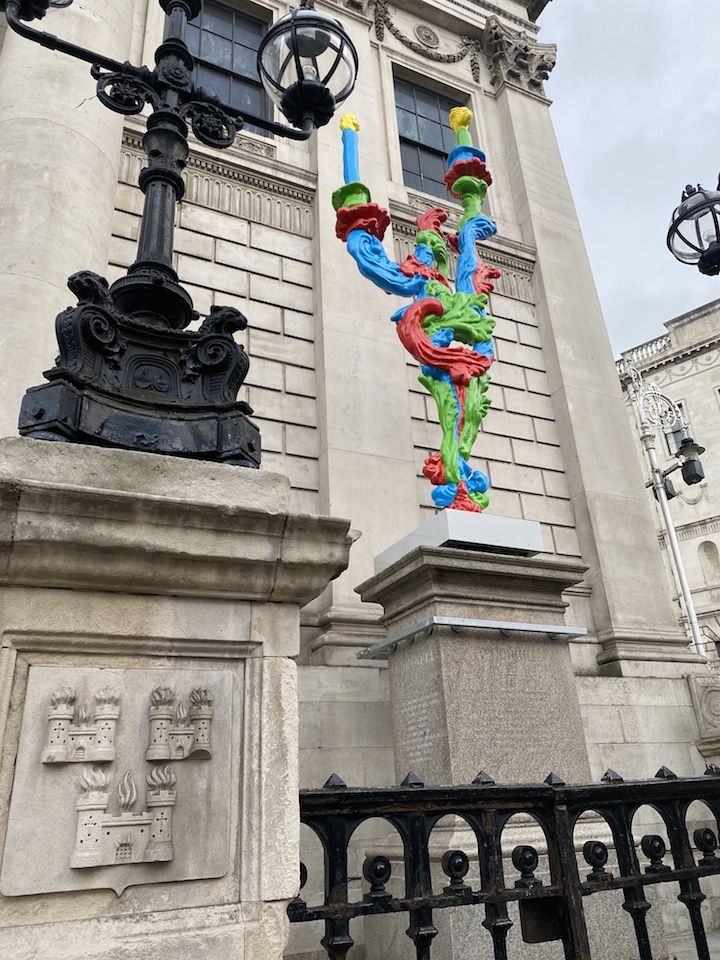 Dublin artist Alan Phelan was last year commissioned by Dublin City Council to create a sculpture for the granite plinth on Dame Street that once supported a statue of Daniel O’Connell. The plinth, while still inscribed with the name of the great Irish politician, has been vacant since the statue was moved inside City Hall 150 years ago.

Phelan won the €50,000 Sculpture Dublin commission for his piece called RGB Sconce, a 5m tall red, green and blue “sconce” – a type of candle holder –“referencing stucco plasterwork and Georgian architecture, and symbolising hope in the form of a torch or eternal flame,” the council said.

37 thoughts on “Replacing The Liberator”