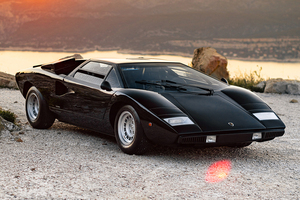 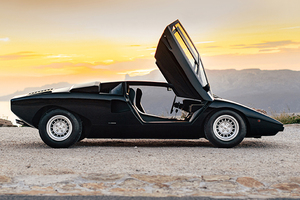 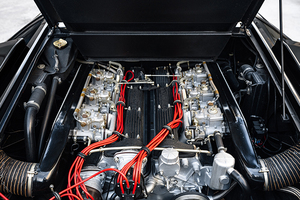 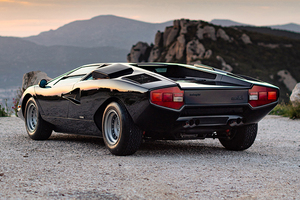 Behold: the 1975 Lamborghini Countach LP400 Periscopio – one of the most significant supercars ever built – and not just because its image adorned a billion adolescent bedroom walls (or that Rod Stewart had one).

50 years on, Lamborghini has released a new Aventador-based version of the car and remade the original 1971 Countach prototype but this vehicle is neither. This is the evolution of the LP500, fitted with a periscopic rear view mirror (hence the name), of which only 150 were produced.

Expect to pay more at auction at Le Castellet in France next month. Not that you care – the big wad on you.