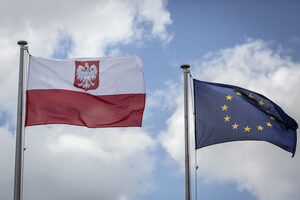 French European Affairs Minister Clément Beaune has blasted Poland’s controversial court ruling, which states that the Polish constitution takes precedence over some EU laws, as an “attack on the European Union.”

Beaune said Friday on BFMTV that if there is “no basic respect for the common rules of rights and freedoms of Europe,” there can be “no support” for Poland.

Accusing Poland of breaching its “contract” with the EU, Beaune added: “It is therefore very serious, it is the risk of a de facto exit.”

In response to the ruling of the Polish court, European Commissioner for Justice Didier Reynders said that the EU “will use all the tools” at its disposal to protect the primacy of European law which is “at the heart of the Union.”

Mateusz Morawiecki, the Polish prime minister, dismissed the idea of a so-called Polexit from the EU and said on Facebook Thursday evening that “Poland’s place is and will be in the European family of nations.”

Why You Should Vote ‘Yes’