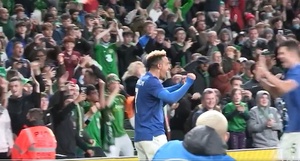 But Some Are More Equal Than Others

17 thoughts on “Callum My Name”