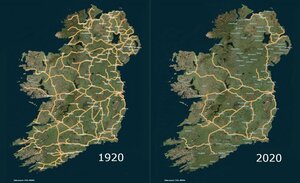 There’s newsreel of the last train at Kenmare station in 1960 https://t.co/16SawcquOm 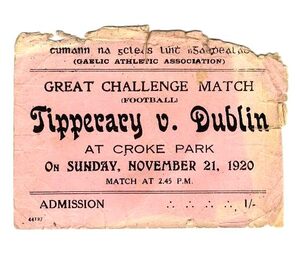 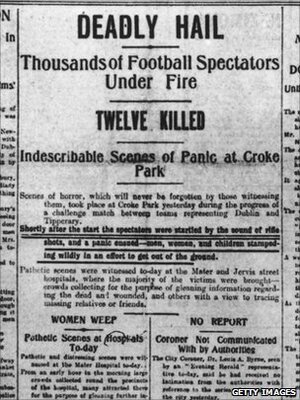 Ticket stub (top)  and report in the Dublin Evening Standard

“At 3.15 on November 21, 1920 the much-publicised GAA match between Dublin, the Leinster champions, and Tipperary began when referee Mick Sammon threw in the ball. British forces enter Croke Park ten minutes into the match between Dublin and Tipperary. Shots are fired at players and the crowd. 14 civilians are killed. The majority of the Croke Park dead are buried in Glasnevin Cemetery over the following days. The youngest, Jerome O’Leary, is aged 10. Uniquely Glasnevin Cemetery holds the graves of not only civilians killed that day at Croke Park but also of suspected British intelligence officers shot that morning and men who carried out those shootings.