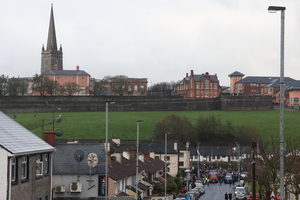 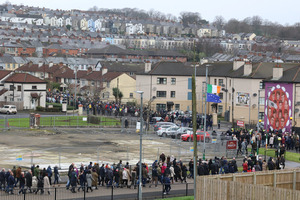 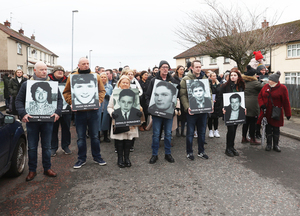 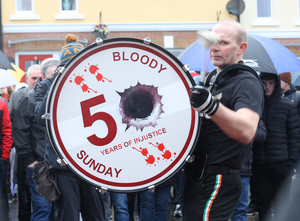 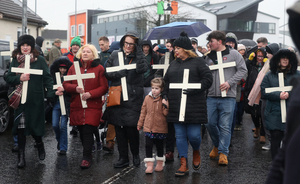 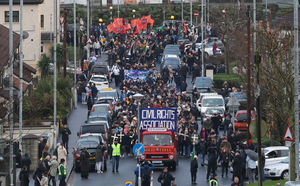 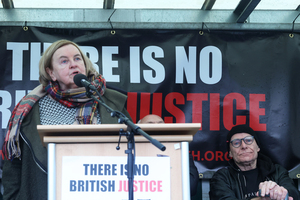 Speakers Eamonn McCann (above right) and Bernadette McAliskey (above left) address crowds after the Bloody Sunday March For Truth and Justice, which recreated the Civil Rights March in 1972 where 14 people taking part were killed by British Soldiers. 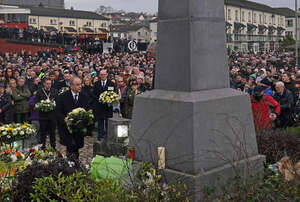 Isn’t it incredible that our national broadcaster @rtenews carried no coverage of the commemorative events from Derry to mark the 50th anniversary of one of the most important events in our recent history, while Sky News carried live coverage.

Completely shameful and grossly insulting to the families and people of Derry. The RTE news gave it 3 minutes. 3 minutes! 😔 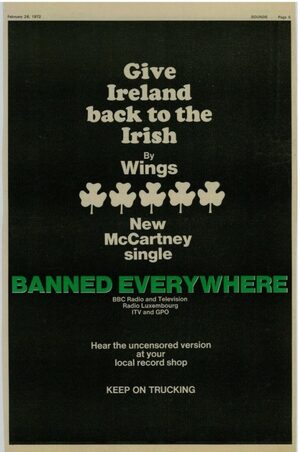 An ad in Sounds for Paul McCartney and Wings’ well-intentioned if turgid protest song rush released in the wake of Bloody Sunday. 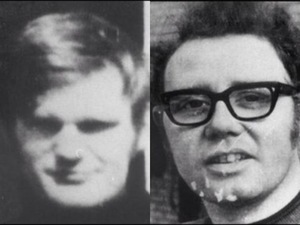 “It has been concluded that there is sufficient available evidence to prosecute one former soldier, Soldier F, for the murder of James Wray and William McKinney; and for the attempted murders of Joseph Friel, Michael Quinn, Joe Mahon and Patrick O’Donnell.

“In respect of the other 18 suspects, including 16 former soldiers and two alleged Official IRA members, it has been concluded that the available evidence is insufficient to provide a reasonable prospect of conviction.”

The Director of Public Prosecutions for Northern Ireland, Stephen Herron, this morning.

“We’d like to remind everyone that no prosecution or, if it comes to it, no conviction, does not mean ‘not guilty’.

“It simply means that if these crimes had been investigated properly when they happened and evidence gathered at the time then the outcome would have been different.

“We know that Lord Saville’s report’s findings on the actions of soldiers that day, that all the casualties were either intended targets of the soldiers or the results of shots fired indiscriminately at people.

“That no soliders fired in response to attacks or threatened attacks, that no soldiers fired in a state of panic, and that soldiers opened fire either in the belief that no one, an area toward which they respectively fired, was posing a threat or causing death or serious injury… or not anyone there was posing such a threat.

“These are not the sort of comments levelled at innocent people.

William McKinney, an amateur photographer, was aged 27 and engaged to be married when he was killed at the civil rights march on January 30, 1972.

He was at the Bloody Sunday march to capture it on a camera he received as a Christmas present. The Derry Journal printer was shot while he ran for cover.

James Wray was 22 and also engaged to be married when he died.

He and his family attended the march after going to mass.

James, who worked in a bar and a dancehall, was also shot while he ran for cover.

The Saville report found James was shot twice in the back and that the second shot was probably fired as he lay wounded.

“Their victory is our victory”.
John Kelly, whose brother Michael was killed on #BloodySunday, gives his view on the decision of the PPS to prosecute one soldier for the murders of James Wray and William McKinney. pic.twitter.com/1jVDQrCT0b

For Linda and Kate Nash no prosecutions for soldier (s) who shot their brother dead, then shot their father as he went to help him pic.twitter.com/TxacSePXsE

Hundreds of people are marching alongside #BloodySunday families through #Derry City Centre as they go to find out the PPS decision on soldier prosecutionshttps://t.co/V1hJCjH5pT #towardsjustice pic.twitter.com/3L12hkxOCN

A reminder of #BloodySunday; listen back to this montage of audio from the hours and days after. https://t.co/jJhuCQaMCd

Families of the victims of Bloody Sunday are marching to a city centre hotel where 17 former British soldiers will hear if they are to be prosecuted for killing 13 innocent civil rights demonstrators on January 30, 1972.

On my first date with a British infantry officer I had two questions for him; one about women in the military and one on soldiering and #BloodySunday. His take then and now; you don't protect the rule of law by failing to uphold it. Reader, I married him. 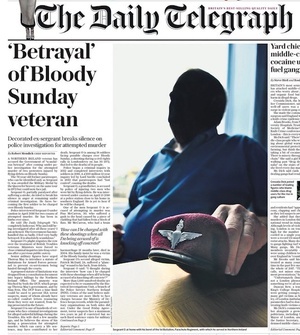 Further to the investigation of a decorated former British paratrooper for his actions in Derry in 1972.

To view today’s Daily Telegraph, you would think ‘Bloody Sunday’ was a great military struggle akin to the Normandy Landings or the Charge of the Light Brigade instead of what it was: soldiers picking off unarmed civilians in a housing estate… 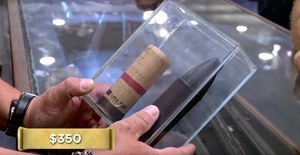 Check this out, shell casing from Bloody Sunday for sale, on Pawn Stars… 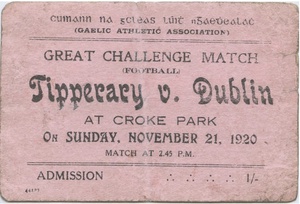 And you complain about the price of tickets to matches? Yesterday afternoon at Adam’s auction house someone paid €4,200 plus fees for a ticket to a match that was played almost one hundred years ago. Of course it was to that infamous Bloody Sunday game.

A Day To Remember (Adam’s] 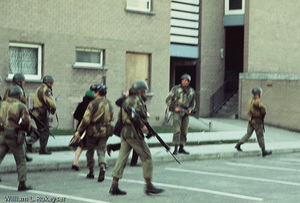 Members of the British Army Parachute Regiment make arrests during a lull in shooting on Bloody Sunday, Derry. January 30, 1972

Soldier J is being interviewed at a police station in Belfast, having been arrested by detectives from the Legacy Investigation Branch.
The 66-year-old has been arrested on suspicion of the murders of William Nash, 15, Michael McDaid, 20, and John Young, 17, in January 1972.
He is also suspected of the attempted murder of William’s father Alexander who sustained gunshot wounds as he attempted to help his son.
William’s sister Kate has been working for the last 15 years to get justice for the death of her brother.