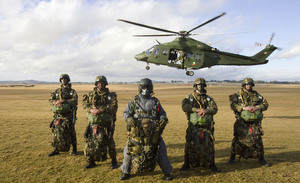 Broadcaster Máirín Ní Ghadhra will present an item on Ireland’s Defence Forces which will include an interview with Frank Reidy, a former Defence Forces officer.

According to former officers from the Irish Defence Forces, soldiers are at a very low ebb and they say that they cannot survive on the wages they are being paid.

The force is also reputedly 650 short of its full complement and the Department of Defence is failing in it’s efforts to recruit new members because of the unsatisfactory working conditions.

The Public Service Pay Commission is due to publish a report soon which will make recommendations to Minister Paschal Donohoe to resolve the issues.